Basement Missive From the Frozen North:

I estimated that I need at least 17,000 words in the month of January to get somewhere near the end of this draft of the novel, though based on where the story’s moving this week, it will probably be slightly higher. 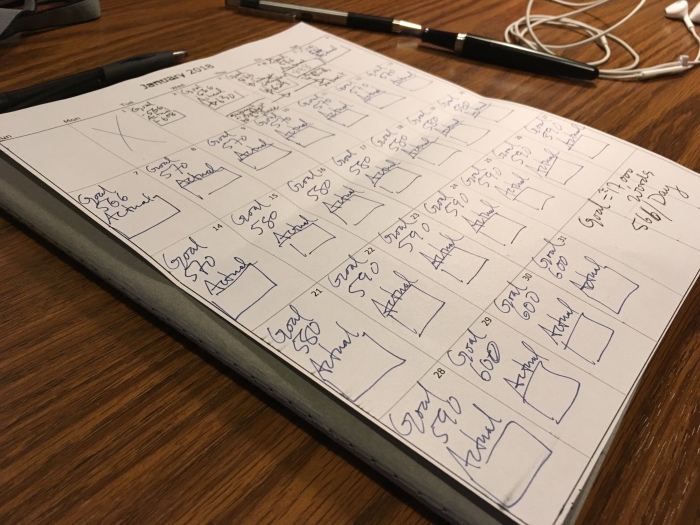 To reach this goal, I determined I need to write just under 570 words every day from January 2–January 31.

I didn’t write on Monday, because we were traveling most the day, and I was pretty tired at the end.

Here’s how the first four days (my first week back at work) break down:

Ryan L. Purdy is a literacy and data specialist, biscuit enthusiast, and a wizard of huzzahs. He resides in central Minnesota with his wife, their three children, and a couple of dogs. He earned an MFA in Creative Writing from Augsburg University, and his work has appeared in Talking Soup, Barstow & Grand, and Volume One. View all posts by RLPurdy